Skip to main content
Dr. Stefan Eck listed in the ranking of the most renowned patent law experts in Germany 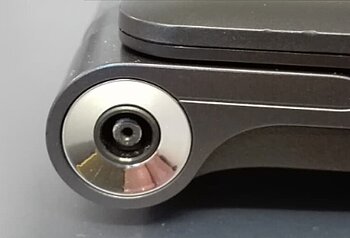 KLAKA Attorneys has once again been ranked as a top law firm for patent law by the German business magazine WirtschaftsWoche. Dr. Stefan Eck was nominated on behalf of the firm for the first time in the ranking of the 25 top law firms for patent law in Germany, which appeared in one of the latest publications of the renowned business magazine ("Die besten Anwälte für Patentrecht" [The Best Lawyers for Patent Law]).

"This is a great award for us. We are strongly established and well-known i.a. in the field of patent litigation. This is also shown by the rankings of the leading handbooks for commercial law firms such as Chambers, JUVE and Legal 500," says Dr. Stefan Eck, Partner. "Such feedback from the market motivates us and underlines to the market the high attractiveness of our IP law advice as a whole."

To be included in the list of top law firms, lawyers who are specialized in their area of practice must be recommended and ranked by selected colleagues. A jury of independent experts then decides on their listing on the basis of the ratings. The jury for patent law was formed by Dennis Amschewitz (Bosch), Jochen Meyer (Vodafone), Jennifer Jonak (Seoul Semiconductor), Claas Westermann (RWE), Stephan Wolke (Thyssenkrupp) and Achim Schunder (C.H. Beck).

This is not the first time that KLAKA has been listed in WirtschaftsWoche's top rankings for lawyers. Olaf Giebe received the Top Lawyer award for the first time in October 2015. Dr. Ralf Hackbarth was already listed in the WirtschaftsWoche's ranking of top law firms for trademark law in 2011. In addition, KLAKA is regularly listed in the ranking of the most renowned patent attorneys in Germany by Best Lawyers in the field of intellectual property, which is published annually in the German business newspaper Handelsblatt.